Vacheron Constantin : One Of A Kind

Vacheron Constantin : One Of A Kind Across three centuries, Vacheron Constantin has been perpetuating the tradition of “Les Cabinotiers”, the name given to the prestigious and cultivated watchmakers who exercised their art in light-filled workshops located on the top floors of Geneva buildings. Exceptional bespoke timepieces were devised at the time, brimming with a rare degree of technical and aesthetic complexity, inspired by astronomy, science and art. This year, the brand has just unveiled an exclusive assortment of one-of-a-kind models created by its Les Cabinotiers department. The power of the majestic wild animals adorning the dials and cases reflects the potency the stunning work involved in associating the watchmaking expertise with the mastery of Artistic Crafts. In this majestic model, the harmonious centrally aligned dial composition echoes the serenity radiating from the lion calmly surveying his surroundings. The fine strokes enable a realistic portrayal of the scene. The horological power of this model – featuring a Maltese cross-shaped tourbillon as well as a 14-day power reserve – evokes that of the noble lion it depicts, by conveying a sense of both strength and endurance. This technical combination is matched by a particularly tricky combination of skills: The case is engraved, while the dial is coated with grisaille enamel. This technique consists in coating the gold plate with a uniform dark brown layer and, after firing in the kiln, in applying an extremely rare type of white Grand Feu enamel known as “Blanc de Limoges”, in order to endow the material with subtle shades of grey, brown and white, as well as creating shading effects. The spectacular work of the master enameller is a fascinating invitation to contemplate this masterly animal. 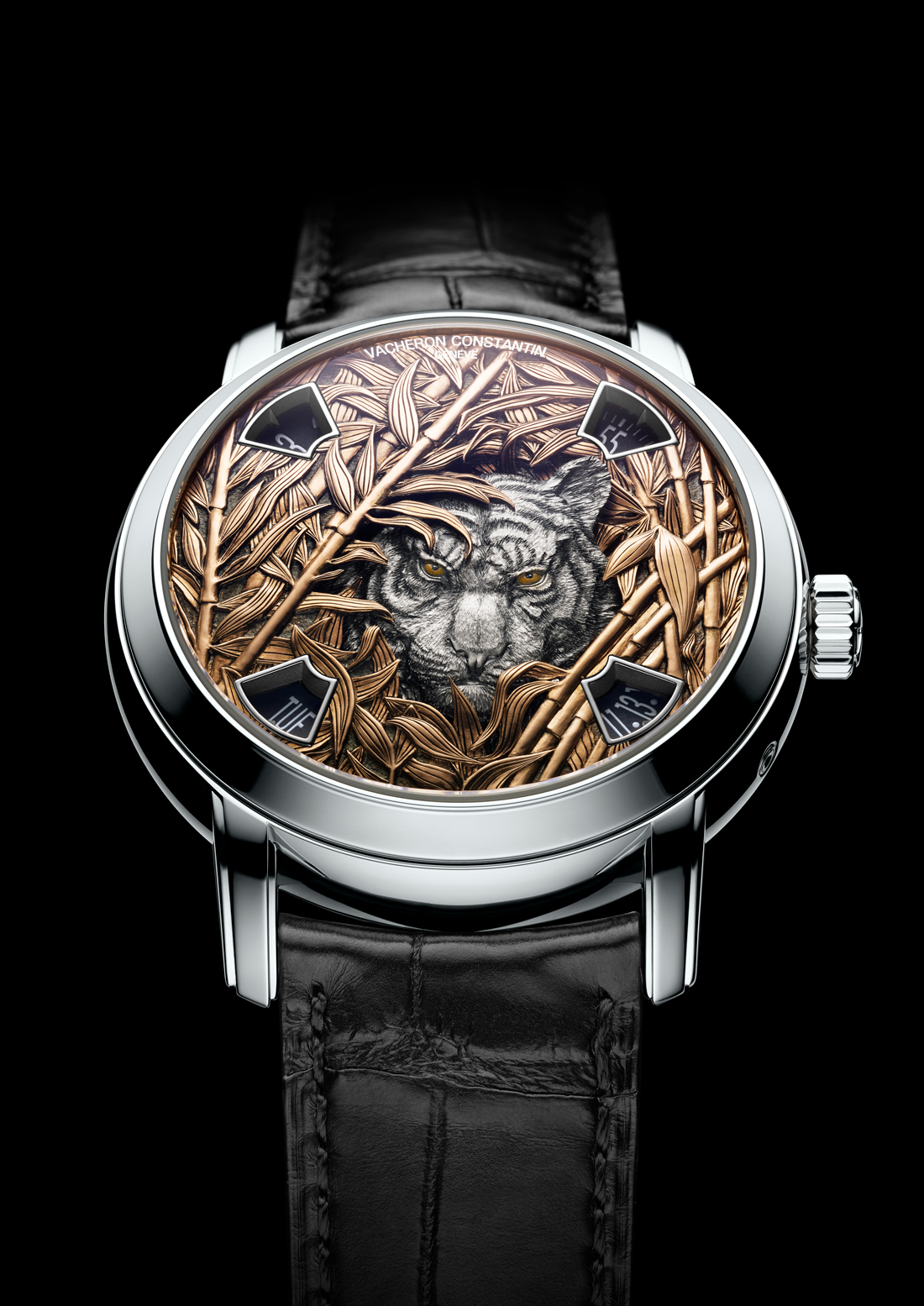 The power and grace of the falcon, king of birds, inspired the decoration in Grand Feu grisaille enamel “Blanc de Limoges” adorning the dials of this extraordinary model. Expertise and rigorous discipline are once again the watchwords in mastering this art, since firing between 800° and 900°C proves extremely delicate given the risk of burning the dial. The deft touch of the master enameller endows this animal with visually striking bearing, posture and expression.

This exotic and inventive expression of time is equipped with a 2460 G4 calibre driving four displays appearing through four apertures. The hours, minutes, day and date are arranged around the dial periphery so as to give pride of place to artistic crafts. With a tiger emerging from a bamboo forest and appearing at the centre of the dial that is entirely hand-engraved with an infinite sense of detail. The ancestral technique of fine line engraving requires at least five years of experience to master its incredible finesse, with this intaglio-type sculpting of the material highlighting every strikingly realistic detail. 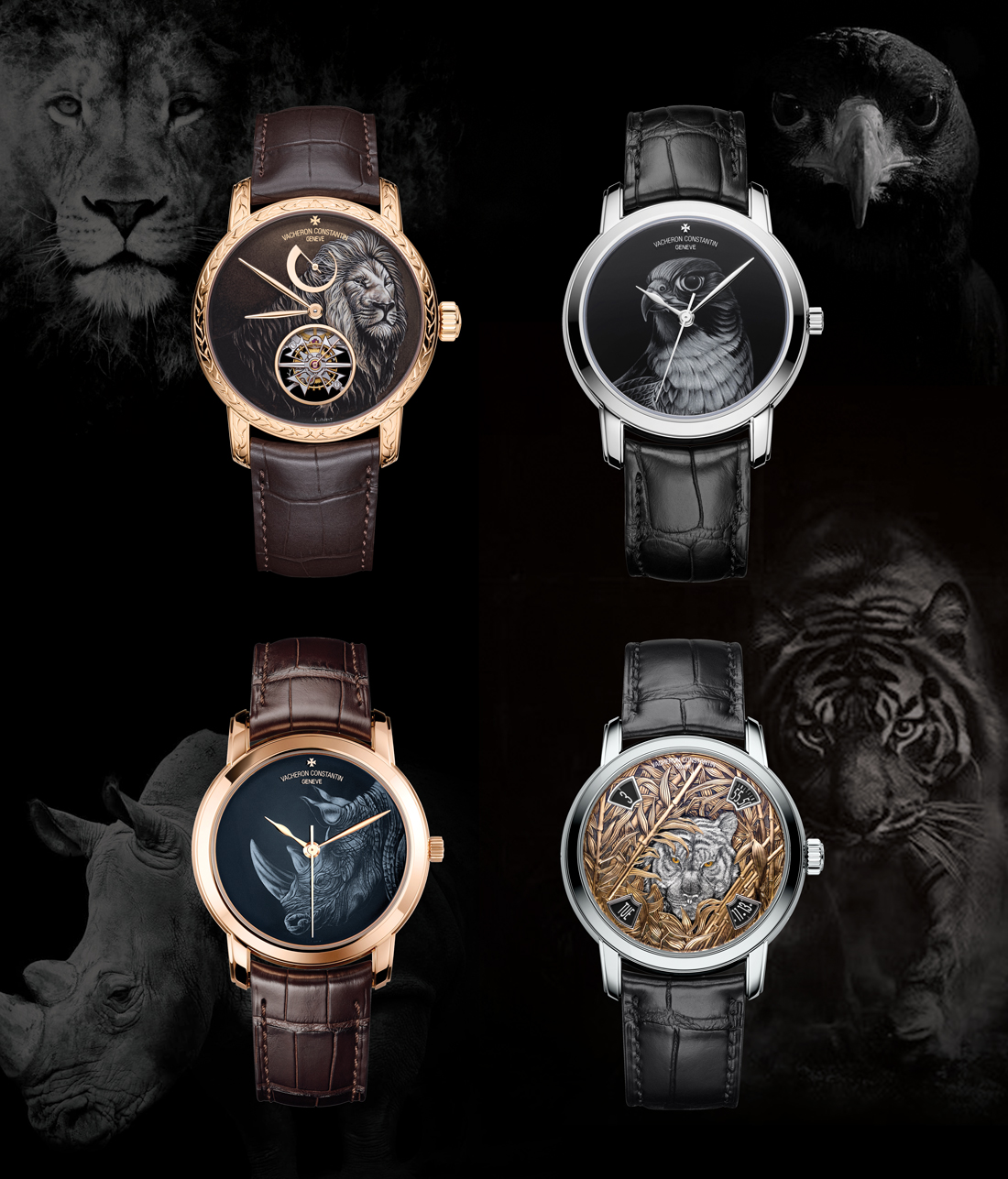