Bell & Ross likes to break the mold and think outside the box. Since its inception, the brand has been launching concept watches that are now an integral part of its DNA. This year, Bell & Ross is going one step further with a new Skull watch, this time equipped with an automaton movement. It includes a surprise that will make you laugh: The mandible moves and the skull grins back at you! With its new BR 01 Laughing Skull watch, Bell & Ross is venturing into the field of automata for the first time. These autonomous mechanisms, which feature an animated display, appeared in Europe in the 14th century at the same time as mechanical clocks. They often take the form of a Jaquemart, an animated mechanized figure of a person, fitted to a church clock tower to strike the hours on a bell. The original Laughing Skull concept is therefore a kind of direct descendant of these elegant animation systems. 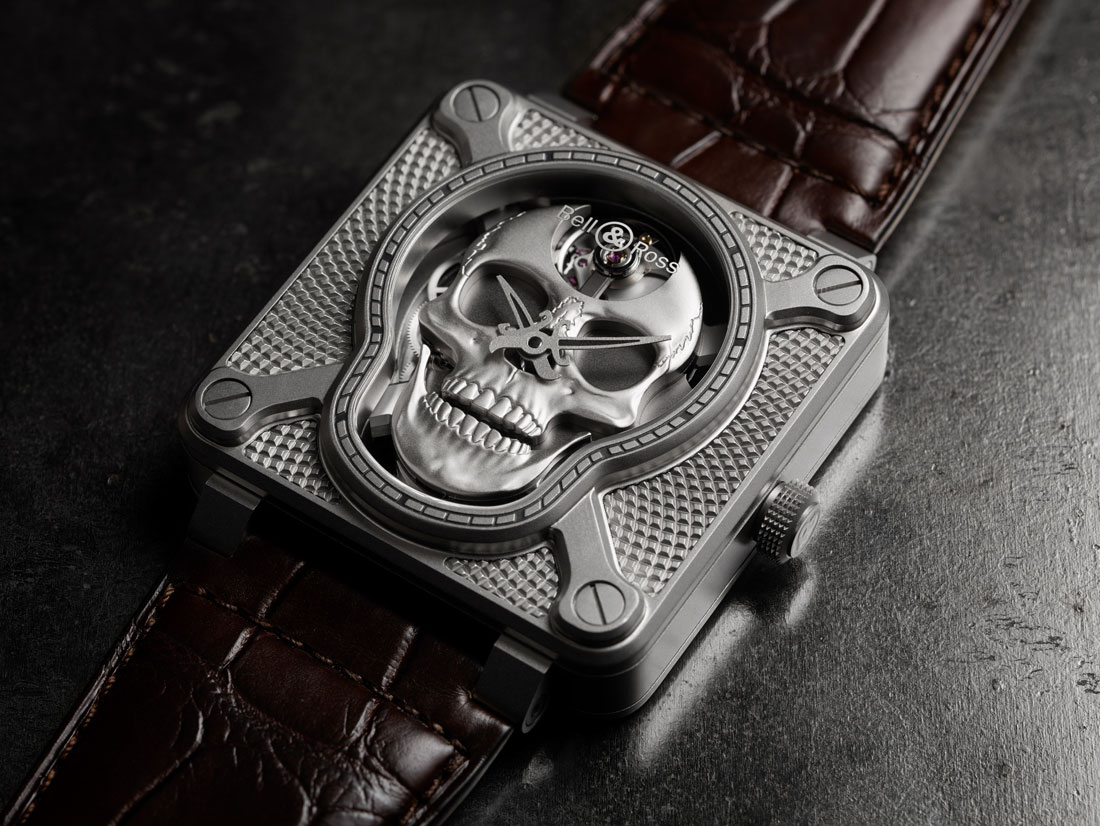 This bold timepiece is made from microblasted 46mm steel case and decorated with a “Clous de Paris” finish. This type of guilloché pattern requires special machining. The marriage of the Skull dial and its guilloché case adds to the character of the whole piece. The sword-shaped hands are similar to those on the earlier Skull models, but on this model they are skeletonized and coated in SuperLuminova. The BR 01 Laughing Skull has been created for those who love original timepieces. Produced in a limited edition of 500, this model will appeal particularly to collectors of Haute Horlogerie watches.